India is a fast-growing economy and in today’s networked world India is increasingly becoming an economic force to recon with. An ever-increasing number of people from halfway around the world are finding themselves across the table (or these days across computer screens!), negotiating business deals with their counterpart coming from this mystic land of apparent contradictions and confusions.

Negotiation, a key component of any business dealings, has never been easy. More so, when you are dealing with a cross border situation with an individual or a group of people who come from different cultural backgrounds. Inability to understand cross-cultural behaviors or even better, anticipating such behaviors could potentially make or break a deal.

So, what are top 5 critical factors that anyone aspiring to do business with India should be aware of?

Indians demonstrate an interesting mix of collectivistic and individualistic traits with a slight leaning toward collectivism. So ‘saving face’ is important and so is not letting the group which you identify with down. In other words, be respectful of others and very often you demonstrate that by controlling your emotion, not criticizing in public and most importantly asking open ended questions to ‘save’ the responder’s face.

Most organizations, particularly the brick-and-mortar ones, are rather hierarchical. Line of authority is clearly drawn out. Be aware of the line of authority and follow the same. While lobbying with influencers may be helpful, the decision maker would rarely delegate authority to decide. Bargaining Prices are often negotiable. Indians love to bargain and get a substantial reduction in price. The bargaining process can be long and drawn-out with a finally agreed price substantially lower than the initial price.

Overall duration till deal closure could be unduly protracted, demanding a lot of patience. A lot of bureaucratic delay too is expected particularly while dealing with governmental agencies. Showing impatience in these situations could be counterproductive.

Expect indirect communication which may be context heavy. In absence of a direct answer, one may learn to get at the truth through a series of open-ended questions while ensuring to ‘save the face’ of the responder, to assess the situation and draw conclusions. Keeping the above factors in mind, so how does one go about ‘negotiating’ in India? We need to take a closer look at the Indian cultural idiosyncrasies through the lens of Hofstede’s 6D model and attempt to understand winning behavior while negotiating with Indians.

Who decides around here?

To answer that we need to ask – Is Indian Society hierarchical? The answer is yes. In the language of Hofstede’s 6D Model India scores reasonably high on the dimension of Power Distance. What it means is that, typically, in Indian organizations real power is centralized; in general people down the line are dependent on the boss for the direction and decision making. Indians appreciate and respect this top down hierarchical structure with uneven distribution of power.

So how does this acceptance of unequal distribution of power with the boss holding the authority to decide and communicate her/his direction downward, play out in a negotiation process in India.

After the Power Distance the next important dimension that plays a significant role in an Indian’s behavioral tendency is Individualism. India, with a rather intermediate score of 48, is a society with both collectivistic and Individualistic traits. The collectivist side means that there is a high preference for belonging to a larger social framework in which individuals are expected to act in accordance with the greater good of one’s defined in-group(s). The Individualist aspect of Indian society is seen because of its dominant religion/philosophy – Hinduism. The Hindus believe in a cycle of death and rebirth, with the manner of each rebirth being dependent upon how the individual lived the preceding life. People are, therefore, individually responsible for the way they lead their lives and the impact it will have upon their rebirth.

What does this mean in terms of predictability of behavior of an Indian negotiator? A distinct facet of Indian negotiators is the simultaneous presence of their individualistic and collectivistic tendencies. Most Indians are highly focused, objective oriented, and aggressive. Yet, they are also group and family oriented and extend their loyalties to those close to them. This duality grants Indian negotiators a competitive edge.

The combination of individualistic and collectivistic traits, as well as of Western and Eastern mind-sets, gives Indians a unique negotiation style. One needs to take into consideration the organizational culture alongside national culture characteristics to get more clarity on the strategy to be adopted in the negotiation process. In general, collectivistic behavior may be more dominant in a family run promoter driven organization while an Individualistic behavioral tendency may be expected in a more modern organization shaped by technology. The cases where individualistic behavior plays a dominant role, one more dimension of Hofstede 6 D model namely Masculinity (MAS) comes into play.

This is our next dimension to dive into, to see how the same impacts in a negotiation process.

Who doesn’t? Perhaps a more appropriate question to ask then is, given a choice between Achievement and Quality of life, which direction the balance would point to? The answer for India is Achievement.

India scores 56 on this dimension of Masculinity and is thus considered a Masculine society. India is actually very Masculine in terms of visual display of success and power. The designer brand label, the flash and ostentation that goes with advertising one’s success, is widely practiced. However, India is also a spiritual country with millions of deities and various religious philosophies. It is also an ancient country with one of the longest surviving cultures which gives it ample lessons in the value of humility and abstinence. This often reigns in people from indulging in Masculine displays to the extent that they might be naturally inclined to.

In the context of negotiation, all the above imply one may expect Indians to negotiate hard to win. This could mean there would be protracted discussions over a long period. Indian negotiators would try every trick in the book to drive a hard bargain. At the same time, the conversation would be very indirect, thus causing confusion to a typical western businessperson who would be normally familiar with direct communication with clear yes’s or no’s.

Yes, there is every possibility of deviation from a plan without adequate notice, thus springing a surprise change element unapologetically.

This stems from the fact that India scores 40 in the dimension of uncertainty avoidance. In India, there is acceptance of imperfection; nothing must be perfect nor has to go exactly as planned. India is traditionally a patient country where tolerance for the unexpected is high; even welcomed as a break from monotony. People generally do not feel driven and compelled to take action-initiatives and comfortably settle into established rolls and routines without questioning. This also implies that conformance to an agreed plan is not considered obligatory.

In the context of a negotiation, this low uncertainty avoidance means changing direction, introduction of new variables along the way and consequent course correction. The recommended strategy to counter this to keep an open mind, expect the unexpected, and do not show emotion if new viewpoints crop up without giving you a lot of preparation time to react.

Kohn Lever is the IT head of a large American Bank who wanted to outsource a large part of their non-core processes to multiple offshore partners in India, Philippines and Brazil starting with India.

After careful evaluation, Kohn and his team shortlisted three Indian partners – 2 of them are home grown large Indian IT services company and the third one is the offshore center of a large American MNC.

Kohn started the final negotiation discussion with the Business Unit Head of the BFSI (Banking, Financial Services &amp; Insurance) vertical of this large Indian IT company and was very satisfied with the progress as it was going smooth with hardly any points of major contention and also Kohn has successfully negotiated a great price. At this point Kohn gets invited for a meeting with Amit Kumar, the CEO of the Indian out-sourcing partner. With the expectation that this would just be a formality and they could finally start the delivery

process soon, Kohn was keen to meet Amit. To his surprise, the CEO proposed a significantly different structure and went to great length to explain why it made sense for both the parties to pursue the newly proposed structure and most importantly their inability to continue the earlier proposal. Kohn was not prepared for this unexpected turn of events. At the same time after having done all the due diligence on this partner, he considered that going back to other short-listed partners at this point would be even more time consuming. In effect he had little choice but to go back and align his internal resource plan and phasing of the processes to be outsourced.

In summary, let me quote from the great book on the subject – ‘Negotiate like a Local’ by Jean-Pierre Coene &amp; Marc Jacobs who have characterized 7 mindsets of international negotiation and categorized India under the ‘Marathonians’. For the Marathonians they caution: ‘.. unlike other groups where you see a negotiation as a linear process, for this group, it is much more like a never-ending circle of negotiation and renegotiation’ 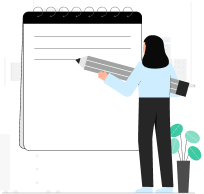 Transform your company culture to the next level with Hofstede insights

Design a culture that supports your strategy